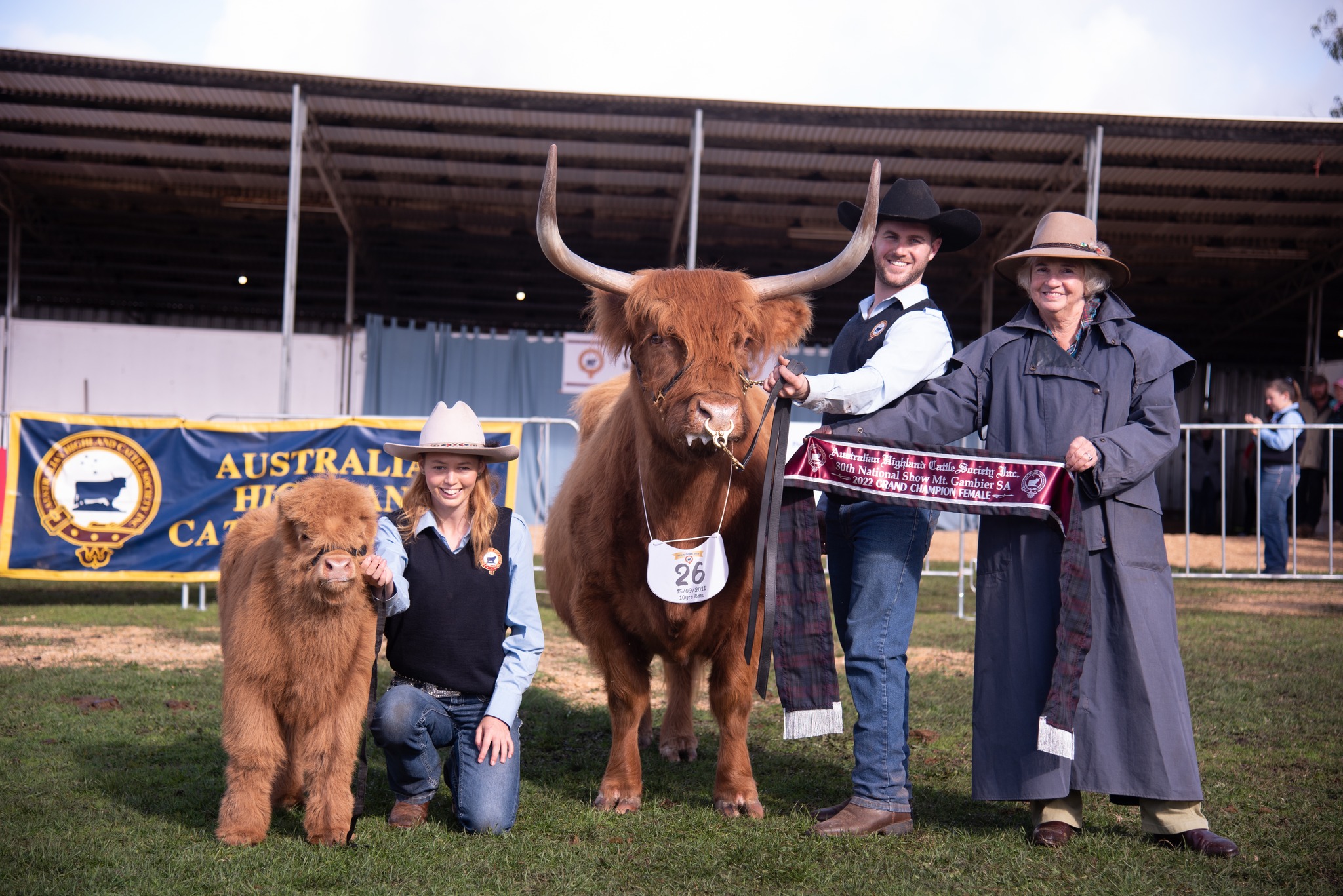 The South Australian Highland Breeders Group was lucky enough to host the 20th AHCS National Show which was held at the Mount Gambier Showgrounds, SA, from 10-12 June 2022.

The Compton CFS Cadets welcomed over 900 people through the gate over the two days that were open to the public, with gate proceeds ($1800) being donated straight back to the cadets. A fantastic effort which will no doubt be of great use to the them.

The show was spread over three days for members. The handler workshop was a huge success, with the ring filled from one end to the other with handlers keen to further develop their skills. Several first time cattle handlers also gave it a crack and by the end of the workshop, everyone had shown improvements and confidence.

The AHCS National Show was adjudicated by two fantastic women, both experts in their fields. Ruby Canning judged the handler, junior judging and calf and fancy dress classes, with Fiona Sanderson judging the stud, steer and group classes on the Sunday. Thank you to both our wonderful judges for making some tough decisions in the ring!

This year the animal numbers were down slightly compared to previous years, however between the 9 exhibitors (including 3 first time exhibitors), over 35 head of quality stock made it through the ring and certainly showed spectators the quality, style and beauty that Highland cattle bring to the table.

We were also lucky enough to have Dr Catie Gressier from the University of Western Australia and the Rare Breeds Trust of Australia talk about the importance of livestock and breed diversification, and the impact that livestock, such as Highlands, have had on human culture over the years.

Thank you to all of our wonderful sponsors, exhibitors, members, volunteers, vendors and committee members for making the 30th National Show such a huge success! 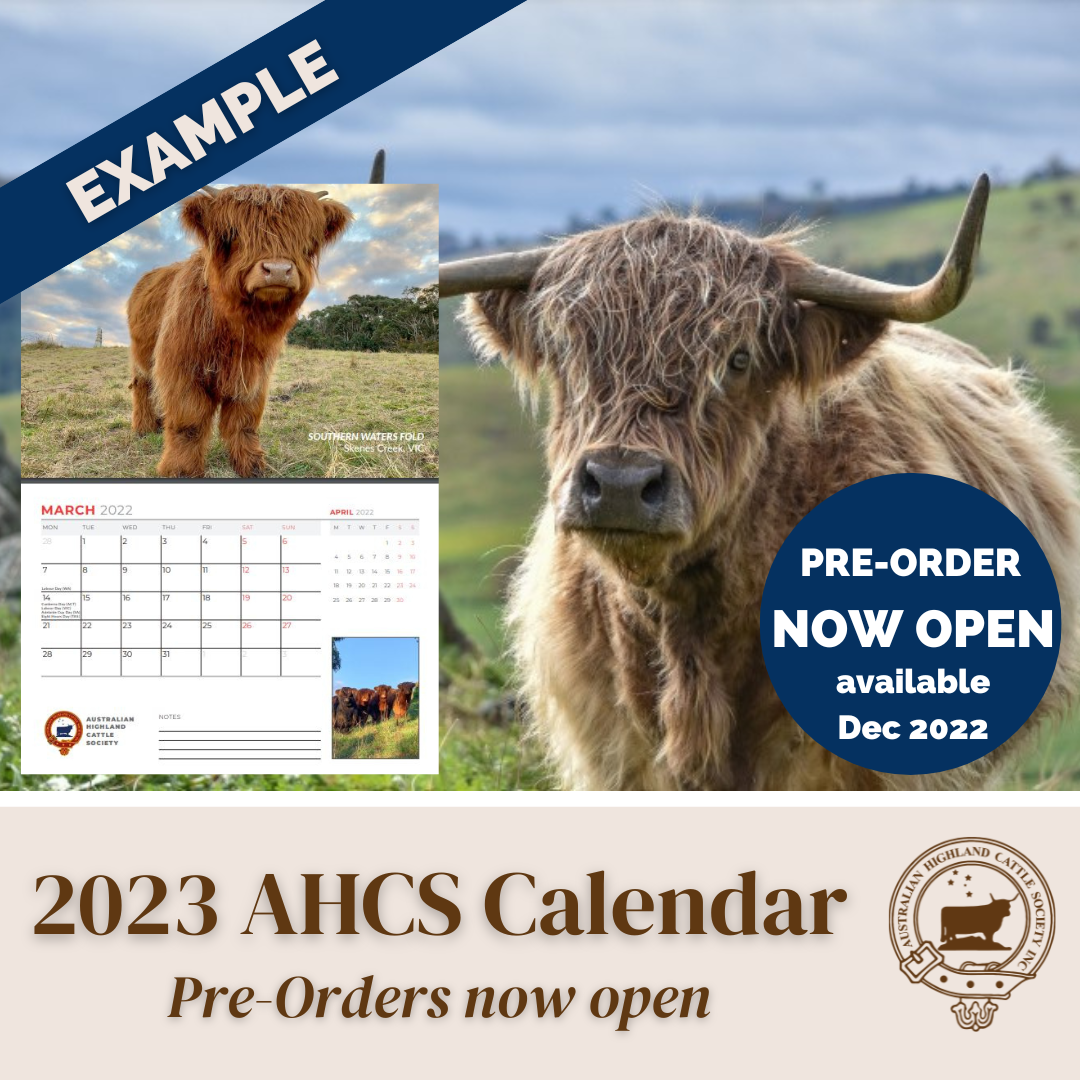 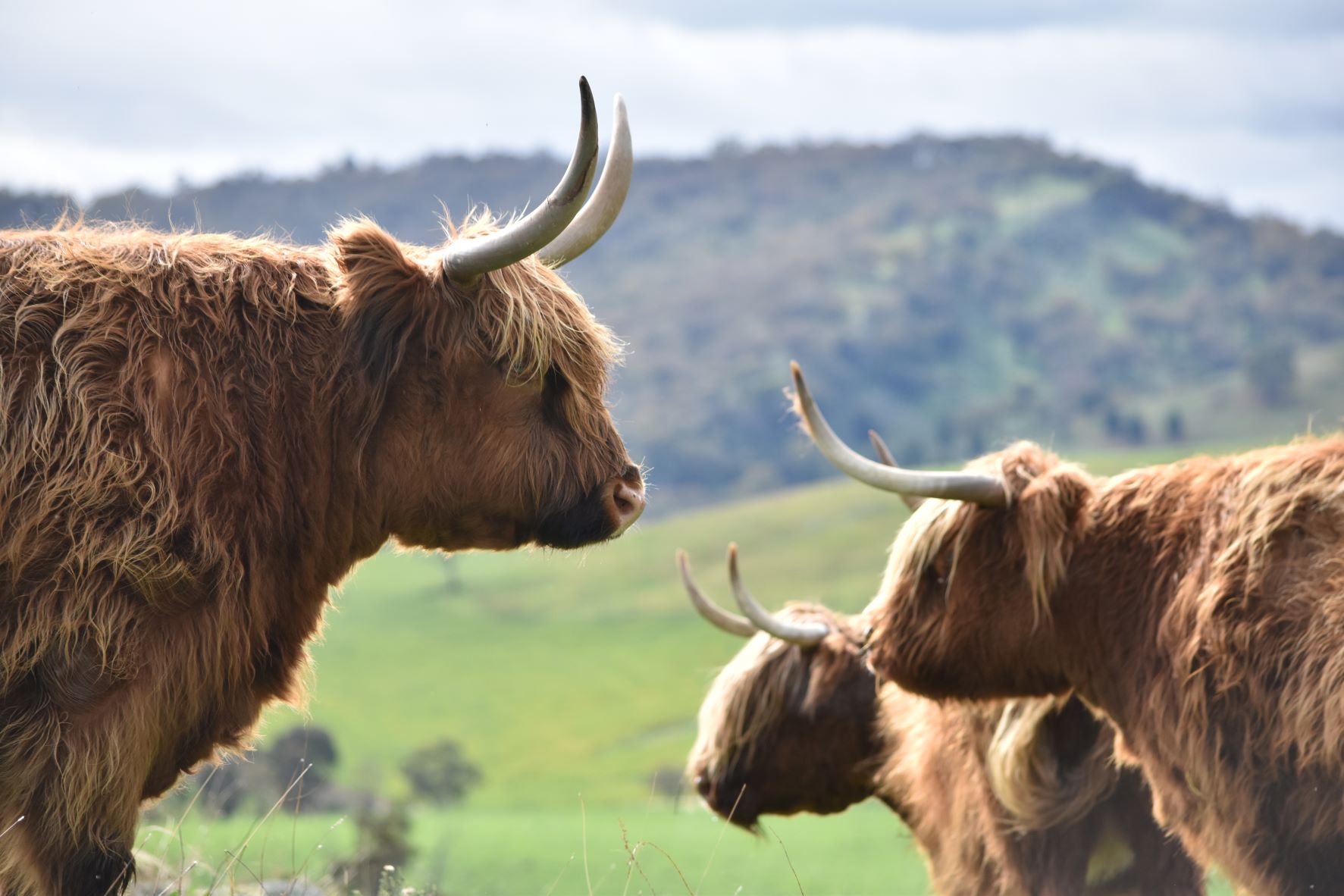 The 2022 AHCS Photo Competition is now closed. We will announce the winners soon.